Corporate Governance
The Board of Directors

Our Company’s BoD has nine members, elected for a three-year tenure by the General Meeting of Shareholders. The BoD has undertaken decisive duties on various issues concerning the Company’s strategy, its asset management and the accomplishment of its key purposes, without prejudice to issues that fall within the context of the General Assembly of Shareholders’ exclusive responsibilities. Subject to this, it represents and makes binding decisions for the Company on any other issue concerning its function. 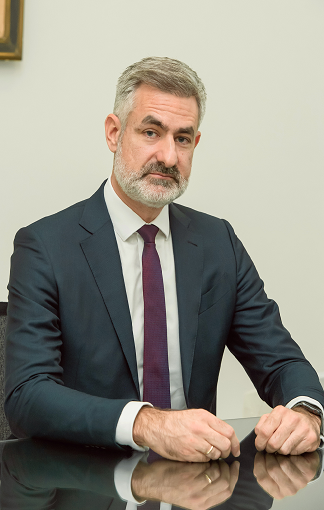 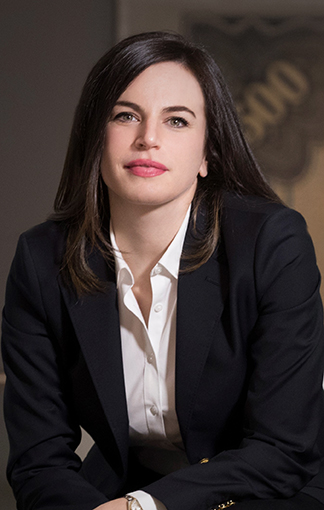 Stavroula Kampouridou
Chief Executive Officer – Executive member of the BoD
Stavroula Kampouridou
Chief Executive Officer – Executive member of the BoD
Stavroula Kampouridou is the CEO of Interbanking Systems DIAS S.A. since January 2021. DIAS is the Greek Clearing and Settlement Mechanism. Prior to DIAS, she was Head of the FinTech Innovation Hub and Advisor to the Governor at the Bank of Greece (BoG). Her focus was on the FinTech initiatives undertaken at the BoG, like the Hub created in March of 2019, and the launch of the Regulatory Sandbox, a project fully funded by the EU. Before joining BoG, she was an IT Procurement Manager at NBG Group, heading the efforts of the sourcing unit. Prior to that she was a Hardware Sales Manager at IBM, responsible for the hardware sales in the Banking and Telecom sectors in Greece. She was awarded “Rookie of the Year” as the top performing new hire in Europe for the highest sales in IBM. She holds a BSc in Computer Science from the University of Athens, with distinction and an MSc in Electrical Engineering from Stanford University on a full scholarship. 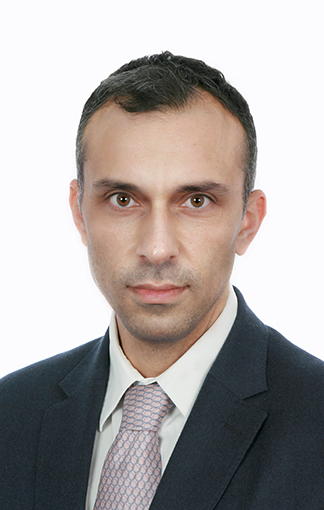 Ioannis Tsikripis
Member of the BoD
Ioannis Tsikripis
Member of the BoD
Ioannis Tsikripis is the Director of the Financial Stability Department of the Bank of Greece, where he has been working for the last 20 years. Until recently, he held the position of the Deputy Director in the Banking Supervision Department, having gained significant experience - among others - in risk management. Previous work experience was in a commercial bank and in a consulting company. He is a member of the Financial Stability Committee and the Advisory Technical Committee of the European Central Bank and has been a member of various other Eurosystem committees. He holds a PhD from Panteion University and a postgraduate degree from the University of Southampton, while he has graduated from the Athens University of Economics and Business.

Marina Krimba
Member of the BoD
Marina Krimba
Member of the BoD
Marina Krimba currently holds the position of the head of Operations Transaction Banking & Centralized Services Sector. She has 26 years of banking experience, with an emphasis on Payments, with a clear understanding of customer needs and results-driven culture. She started her professional career in the Organization & Planning Sector of the Eurobank, initially with the object of process re-engineering and then served large projects of the Bank, with an active role in the domestic mergers and acquisitions. In 2008, she took over as head of the Cash Management & Cheques Unit and in 2010, she took over the responsibility of the Trade Finance, Payments & Cash Management Unit. She is currently, a member of the Coordinating Committee of Payments, Operations & Digital Banking of the Hellenic Banks Association, a member of the Eurobank Operational Risk Legal Cases Handling Committee, a member of the DIAS Board of Directors and a member in the consultations of the Athens Clearing House. She holds a degree from the Management and Economics Faculty of the Patras University, specializing in Business Administration. She warmly supports change with continuous improvement, simplicity, straightforwardness and open-mindedness, while her priority is the continuous professional development of her teams.

George Nasoulis
Member of the BoD
George Nasoulis
Member of the BoD
George Nasoulis is General Manager, Group CDO in Piraeus Bank Group. He has over 25 years of experience in designing and delivering large scale ICT solutions, managing IT professional teams and offering viable and innovative solutions enabling business through new technology. He is overseeing the data and analytics activities across Piraeus Bank Group focusing on setting the bank’s data strategy and leading the creation of a data-driven culture, on promoting innovation and integrating best of breed architectural approach, on establishing technologies, tools, approaches and methodologies to create and deliver business value and maximize the return on data & analytics assets of the organization and on ensuring optimal business and data strategy alignment. Mr. Nasoulis is a member of the BoD in InterBanking Systems S.A., has served as Group Chief Information Officer for Piraeus Bank Group, as chairman of the Hellenic Institute of Information and Communication Management (EIP) and as a member of the BoD of the Hellenic Management Association (EEDE). He holds a diploma in Electrical Engineering from the National Technical University of Athens and an MSc in Computer Science from the Grenoble Institute of Technology, France.

Dimitris Plessas
Member of the BoD
Dimitris Plessas
Member of the BoD
Dimitris Plessas is the Assistant General Manager for Cards and Digital Business at National Bank of Greece since 2020. Prior to this position he was the Director of Digital Business, responsible for Internet and Mobile Banking, Self-Service Machines and Contact Center, Director of Retail Banking, responsible for Deposit, Investment and Bancassurance Products, Premium and Retail Segments and Customer Analytics, as well as Director of Retail Segments, responsible for Premium, Business and Retail Segments, Customer Analytics and Loyalty. He was also a member of the Board of Directors for NBG Bancassurance. He joined NBG in 2006 as a senior member of Group's Strategy. Prior to NBG he has worked as a Senior Associate in the consulting firm McKinsey & Company, undertaking projects in Greece, Europe and the Middle East in various industries, including banking, telecoms and retail. He holds an M.Sc. in Mechanical Engineering from National Technical University of Athens (NTUA) and an M.B.A. from Athens University of Economics and Business (AUEB).

Efstathia Presveia
Member of the BoD
Efstathia Presveia
Member of the BoD
Effie Presvia has more than 18 years of experience in the Banking field. She started her career in Accenture and in a short period of time she moved to Eurobank, where she worked for 16 years. Since June 2020 she has been working at Atticabank. She is a member of the Executive Committee of the Bank and Head of the General Directorate of Information & Digital Technology, Organization and Support Operations, Custody and Payments (CTOO). During 2016 and 2020, she worked as a Director in Accenture, in the field of Financial Services, Payments and Digital Technologies in Greece and Cyprus. During 2010 and 2016, she serviced as Head of e-Business Sector of Eurobank Group. In parallel, she held the position of the General Manager of Business Exchanges S.A ., a subsidiary of Eurobank Group. During 2007 and 2010, she serviced as Chief Information Officer (CIO) at Eurobank Stedionica S.A., in Belgrade, Serbia. During 2005 and 2007 she joined the newly created International IT Sector of Eurobank and firstly took over the management of the technological part of the founding project of Polbank, a subsidiary of Eurobank in Poland. She continued with the management of the technological upgrade and operational merge of Eurobank & Stedionica banks in Belgrade, Serbia. Additionally, during 2017 and 2019, she held a consulting role in the Digital Transformation and Innovation Council of VIOHALCO. Also, for several years, she was the only female representative of the Institute of Informatics, Technology and Communications of EEDE (EIP) She is a graduate of the Department of Informatics of the University of Piraeus. 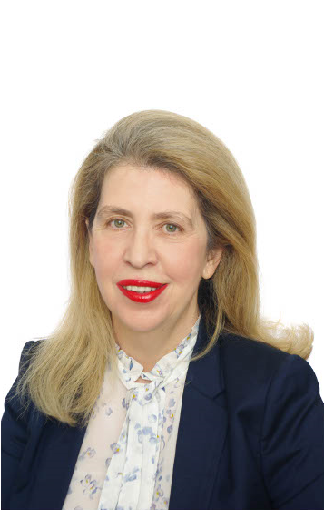 Charikleia Apalagaki
Member of the BoD
Charikleia Apalagaki
Member of the BoD
Professor Charikleia Apalagaki, holds, since March 2017, the position of the Secretary General of the Hellenic Bank Association. She is also full Professor in the Aristotle University of Thessaloniki, since 2004, and Member of the Thessaloniki Bar Association since 1984. Her studies in law (Civil, Commercial, Banking, European Financial, and Criminal) were undertaken at the Aristotle University of Thessaloniki, where she was awarded her PhD in Civil Procedure Law. She has intensive course and longer research stay in Germany (Hannover Law Faculty) for a period of three years and she still cooperates with the German Law Faculty, as well with other European Law Faculties (Erasmus teaching programs). Ms. Apalagaki is specialized in enforcement law and in insolvency proceedings and has also extensive legislative drafting experience, as she has been appointed Member in various committees of the Ministry of Justice, for law amendments in civil procedure and banking law. She has participated in numerous congresses, as Speaker, and has published a remarkable number of scientific working papers.
Committees

DIAS has formed several Committees that assist the Company's Management in ensuring its smooth operation, based on principles of fairness, transparency and efficiency.

You may download here the document containing DIAS’s Articles of Incorporation, as it was adopted by the General Meeting of Shareholders on 6/30/2022.

Articles of Incorporation
Code of Deontology and Professional Conduct

DIAS ensures that its operations and structure are fully complied with the current and applicable legislation and regulated by strictly applied deontological rules of conduct. These rules concern the relationship between shareholders, managers, employees and other stakeholders and are set by the Code of Deontology and Professional Conduct that DIAS has adopted.